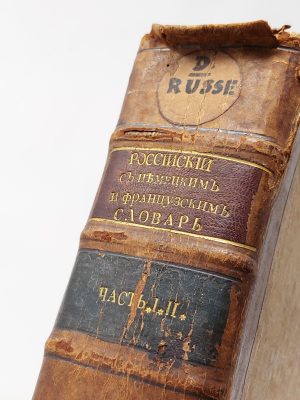 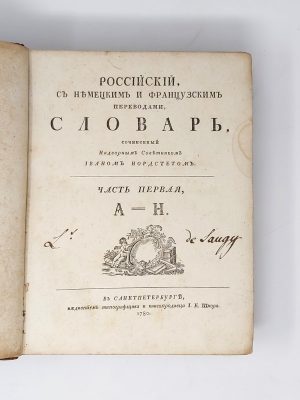 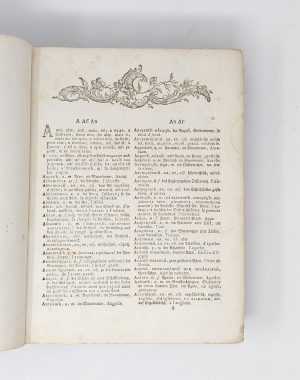 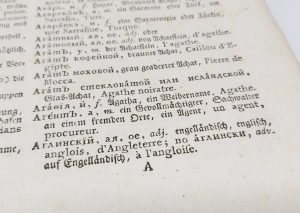 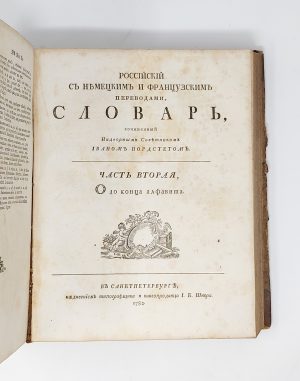 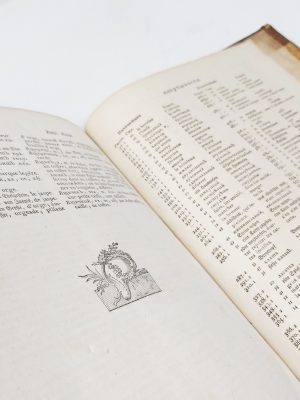 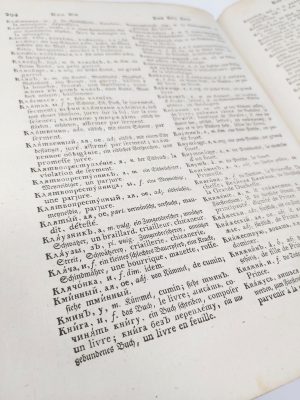 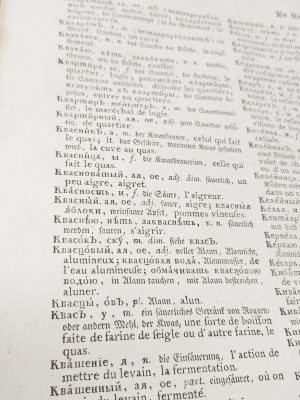 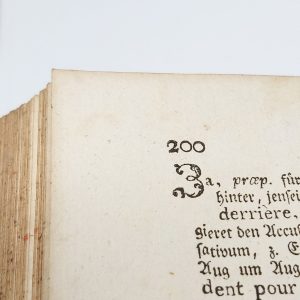 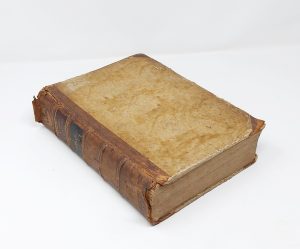 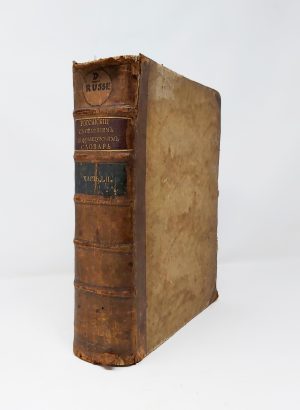 A great glance at the Russian language under Catherine the Great: more than mere translations, this thick dictionary gives German and French explanations to a wealth of Russian words and expressions, and using sometimes the equivalent French or German idiom, expression or proverb. It is one of the major tools to understand the state and development of Russian before the significant influences brought by the 19th century.

It also demonstrates the printer’s dexterity in using simultaneously three types: Cyrillic, Fraktur and Latin, mixed in the same paragraphs and not in different columns. Shnor (Schnoor) was one of the leading printers in Russia in the 1770-80s; he worked especially with German and other foreign communities and had just published, in German and French, Georgi’s ground-breaking illustrated ethnographical work on the peoples of Russia.

We could not find much information on Nordstet, apparently known only through this publication; he was possibly German himself, or from neighbouring Scandinavia. Although there were earlier Russian dictionaries with more or fewer languages, this is the first under this format, from Russian into just French and German.

Relatively uncommon, while later Russo-French dictionaries are more usually found (published by the Imperial Press in 1786, or by Novikov in 1802).

Lt de Saugy (name in ink to title; most probably the Swiss senator Louis Daniel Frossard de Saugy, 1752-1808, Lieutenant-colonel, who spent some time at the court of Catherine the Great).

Rubbed, especially at edges, spine ends torn, pastedowns with recent ink inscriptions, head of spine with round paper shelf-label written in French; light marginal waterstain to a few leaves at beginning of part 1, title of part 2 foxed, a leaf with outer lower corner torn out without loss, otherwise a fresh example.