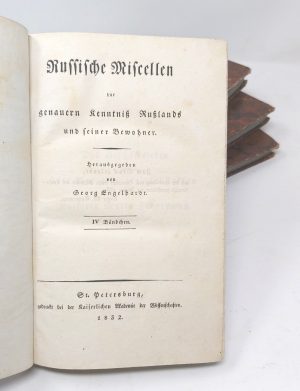 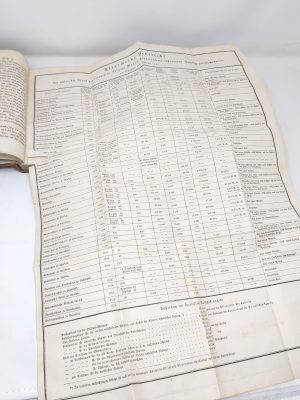 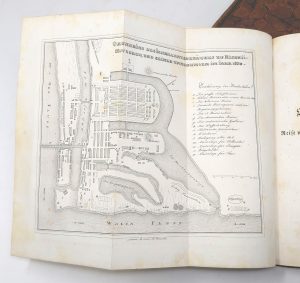 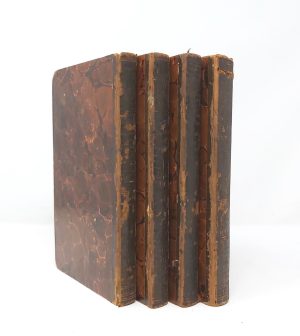 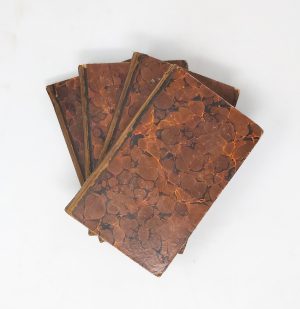 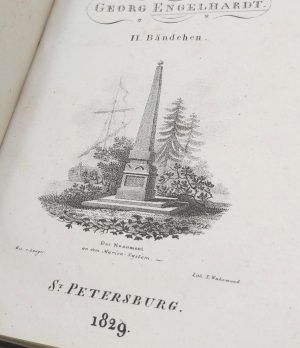 Russia's wide variety for German readers - with much new material

Born into a major Baltic-German aristocratic family, Georg von Engelhardt (1775-1862) served as a high-ranked civil servant, especially in the Department of Foreign Affair, before becoming director of the Pedagogical Institute and the Tsarskoe Selo Lyceum in 1816-21. This is where he met one of the Lyceum’s most celebrated students, Aleksandr Pushkin, as well as the most significant contributors to these Russische Miscellen: the naval explorer Matiushkin, the artist Langer and the writer Belukha-Kokhanovskii, all of whom were alumni of the Lyceum. Engelhardt included their materials along his own writings to publish these four volumes blending adventurous travelogues, journalistic material, history and curiosities. His stated aim was to introduce German readers to Russia, its environment and inhabitants, themes “overlooked by native observers as too familiar and by foreigners as incomprehensible” (Introduction of Vol. 1, our translation here and below). The enterprise was joining a growing number of didactic publications celebrating how, as Nikolai Karamzin’s would put it, Russia was now worthy of the attention and curiosity of enlightened Europe.

This edition is especially remarkable for the first publication of some Matiushkin’s material, including illustrative sketches of the Northern Far East. The work opens with a detailed overview of Russian maritime explorations “of the last twenty five years, [… very scarcely] introduced in German printing” (Engelhardt) and further includes observations of Chukotka (esp. Ostrovnoe) and their settlers by Fedor Matiushkin (1799-1872). A former student of the Lyceum and a good friend of Pushkin (graduating with him in 1817), Matiushkin developed a successful career of maritime exploration: he was a member of the 1817-19 circumnavigation on the sloop “Kamchatka” headed by V. M. Golovnin; he then joined Ferdinand Vrangel in the early 1820s to explore the northern coasts of Siberia, before another circumnavigation in 1825-27 on the “Krotkii”.

Before leaving in 1817, Matiushkin received detailed instructions from Pushkin himself on how to keep a diary – but none was published in the 19th century. With Englehardt however, his former school director, Matiushkin kept a fascinating correspondence over many years, in lieu of a diary. After a small fragment in a Russian almanac in 1824, Englehardt chose to publish in his Miscellen the first significant material received from Matiushkin during the Vrangel expedition, in particular from Ostrovnoe in 1821. “I can’t miss the rare opportunity to confirm to you, dear friend, that I haven’t been devoured by polar bears or froze to death […] even though the thermometer in my room is showing zero degrees” (vol. 1) Matiushkin discusses in detail his daily life, interiors and clothing, and adds an overview of the exorbitant local prices of foods, furs and other items. In vol. 2, Engelhardt adds material from Matiushkin concerning shamanism in Northeastern Siberia too.

Matiushkin’s impressions are illustrated: “the view of Ostrovnoe, as well as the title vignette [a striking, evocative view of Vrangel’s “Eisfahrt”] were drawn from Matushkin’s sketches by Langer” informs Engelhardt in his introduction. Valerian Langer was also one of his former students, helping here to show these images for the very first time. More accounts by Matiushkin will be included by Vrangel in his own publication, appearing only 10 years later in 1841 (and before more detailed scholarly studies in the 20th century).

Engelhardt’s publication includes further travel accounts to the North and the East, and details on Siberian geography. The travels were mostly his own: from Petersburg to the famous Makarievskaia fair in Nizhnii Novgorod (vol. 1, with a folding plan of the fair); to Petrozavodsk, north of St. Petersburg, where he spent the winter of 1812-13 while Napoleon was invading Russia (vol. 3); and to the Urals in the summer 1830 (vol. 4). This is completed by an account of ‘Lappmarken’, ie. Lapland, the very northern tip of Western Russia, illustrated by a lithographic plate; and by a thorough article on the “three northern river system” in Siberia, based on his own observations and additional sources, and illustrated with a folding map. Engelhardt emphasizes how this is “a contribution to the knowledge of Russia for nothing has appeared on this subject lately, except for a brief description on the water communications by M. Bakhturin, published more than twenty years ago”.

Finally, next to a detailed description of the life and deeds of the Empress Maria Fedorovna -of German origin- and to a small variety of other themes (such as the “Russian national opinion on various government measures”), Engelhardt’s publication includes interesting Russian novellas of this Golden Age of Russian literature, mostly set in historic Russia and here adapted in German after their publication in literary journals in the 1820s. The first one is the work of M. Belukha-Kokhanovskii, a Lyceum student who had made a presentation about Russia in German upon his graduation in 1822.

Rare: We could not find any other complete copy at auction worldwide, including Russia. Worldcat locates only three physical copies in the US (NYPL, University of Delaware, University of Minnesota); two in the UK (British Library and University of London), four in Germany (Staatsbibliothek Berlin, Herzogin Anna Amalia Bibliotek, Helmut-Schmidt-Universität Bibliothek, Württembergische Landesbibliothek), to which we can add one in Russia (RNB, St Petersburg).