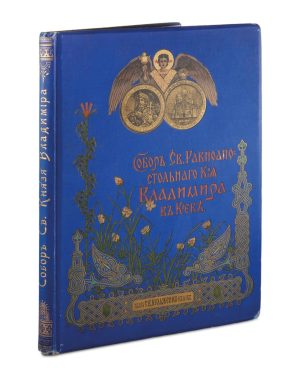 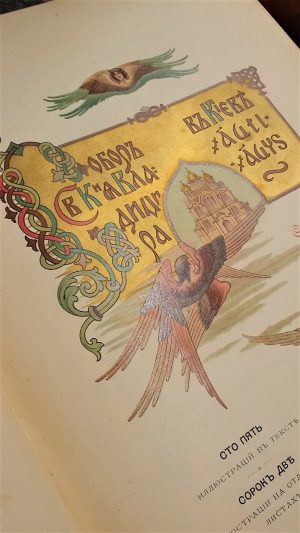 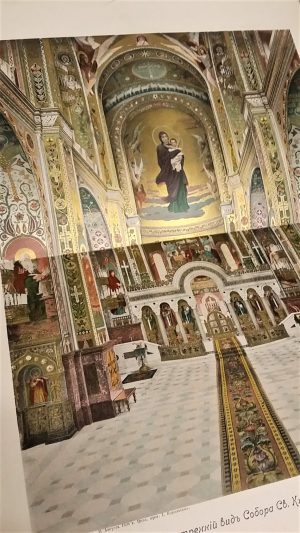 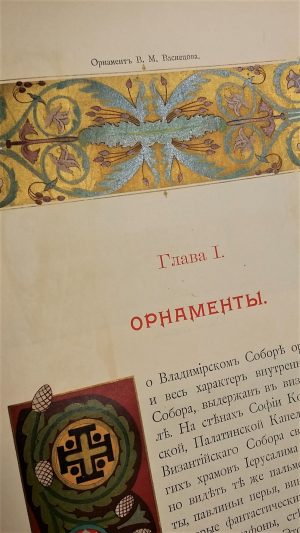 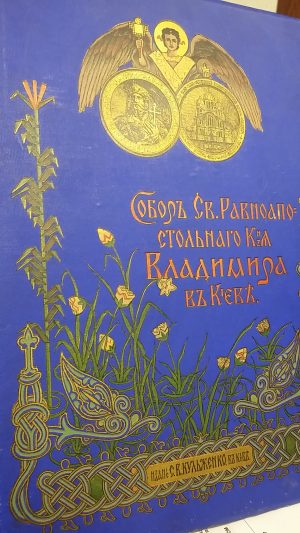 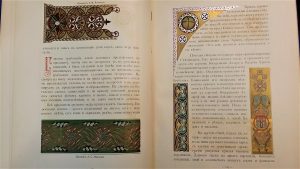 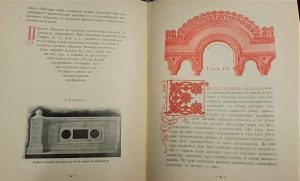 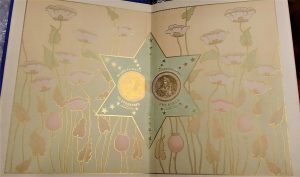 [The Cathedral of Prince Vladimir the Saint in Kyiv]

[UKRAINE], Sobor Sv. Kniazia Vladimira v Kieve,Kulzhenko, Kiev , 1898.
First edition of this attractive production of Kiyv’s leading publisher at the time, and fine study of the architecture and decorations of the recent cathedral. Read More

A particularly fresh example of this attractive study of the architecture and frescos of the recently completed Kyiv cathedral. First edition, richly illustrated in colour and gilt.

In 1884 Viktor Vasnetsov, Mikhail Nesterov and a number of other artists were commissioned to paint frescos in St Vladimir’s Cathedral, which had recently been constructed to celebrate a thousand years since Vladimir’s Christianisation of Kievan Rus in 897. The somewhat controversial results of this undertaking are documented in this profusely illustrated guide.

The idea to build a cathedral in honour of the great Prince Vladimir appeared in 1852. It was supposed to be constructed in the then popular Neo-Byzantine style, and crowned with thirteen golden domes. However, due to lack of funding the project was changed: as a result, the temple became smaller, and the number of domes was reduced to seven.

Later on, during construction other difficulties came up. With St. Vladimir Cathedral’s building almost finished, cracks developed in its walls and ceilings, due to errors in design. It took almost ten years to cope with the emergency; the cathedral would actually have probably remained an uncompleted construction project, if it wasn’t for Alexander II’s intervention. The Tsar ordered to finish the temple at all costs and in the year 1882, the construction of the St. Vladimir Cathedral was finally finished.

In 1884 Viktor Vasnetsov, Mikhail Nesterov, Mikhail Vrubel and a number of other artists were commissioned to paint frescos in St Vladimir. It took them another ten years to finish the decoration and the cathedral was finally inaugurated in September 1896 by Nicholas II.

Folio (32.7 x 24 cm.), chromolithographed title-page, titles and initials in red, 42 plates (2 double-page, of which one in colour and gilt), many illustrations in text, some in silver and gilt, some after Nesterov and Vasnetsov, decorative endpapers.