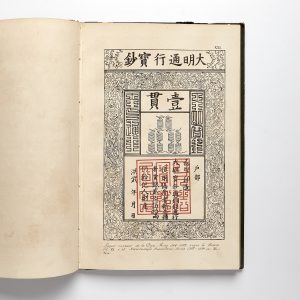 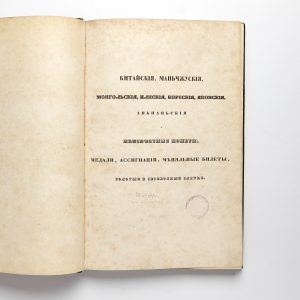 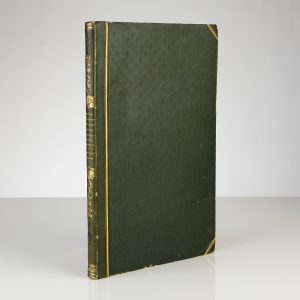 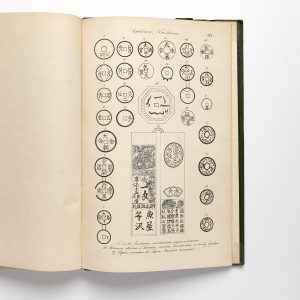 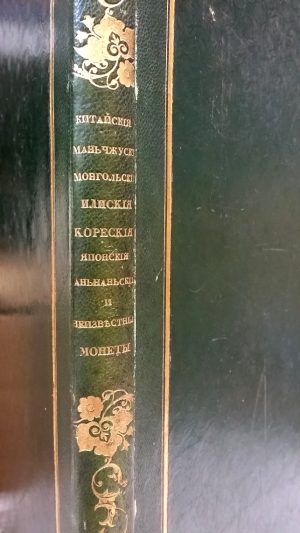 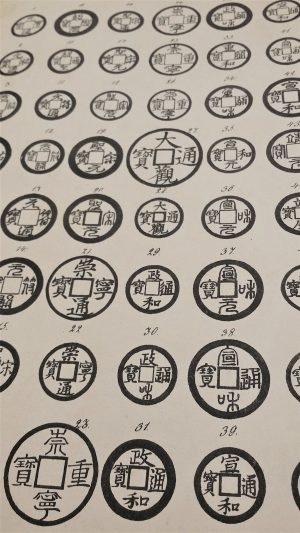 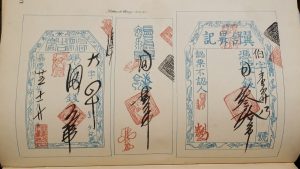 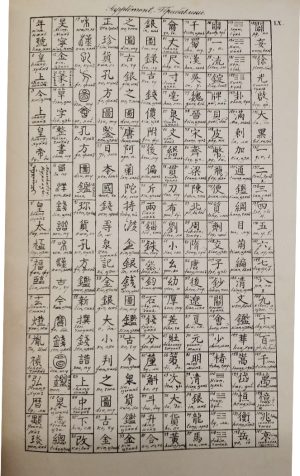 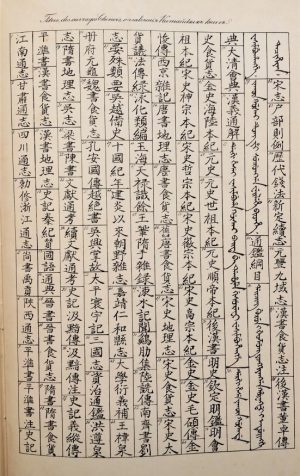 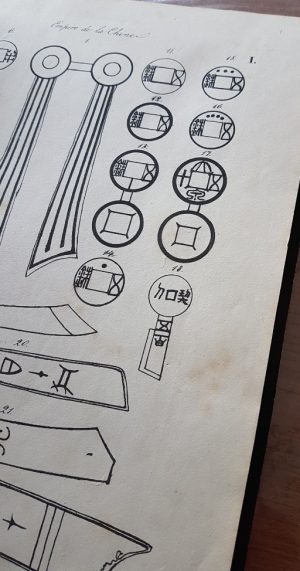 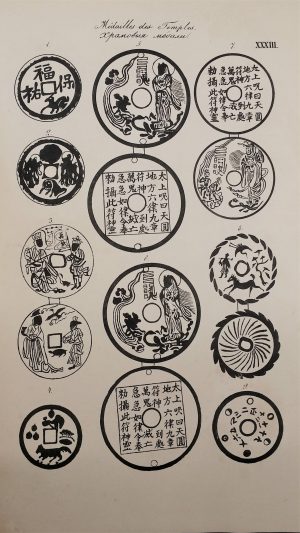 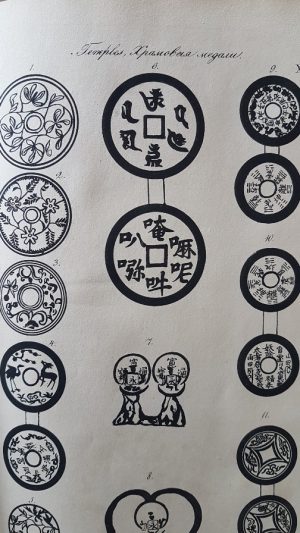 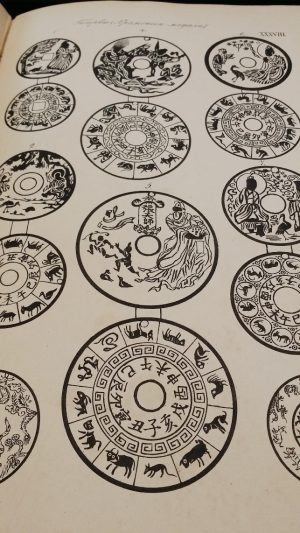 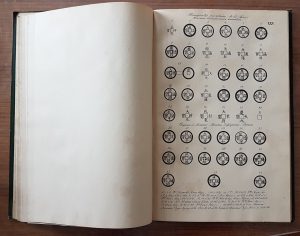 Chinese money in a Russian collection

,[Skt. Peterburg, ?Bellizard , c. 1842].
The attractive catalogue of Asian, esp. Chinese numismatics compiled by one of the greatest coin collectors of the early 19th century. A lovely example of the rarer first Russian issue, in a fine Russian binding – a rare book indeed, with more than 60 plates. Read More

The scarce catalogue of Asian numismatics compiled by Baron Stanislas de Chaudoir, one of the greatest coin collectors of the early 19th century. With an unusual bibliography, only in Chinese ideograms, of 88 Chinese works relating to the subject.

A lovely example of the rarer first Russian issue, in a fine Russian binding.

Stanislas de Chaudoir (1790—1858) was a Russian aristocrat with a passion for numismatics and antiquities. In the second half of the 18th century his father Jean Joseph relocated from Bavaria to Poland, where Maximilian I Joseph of Bavaria granted nobility to him and his family. Stanislas subsequently established himself in Zhytomir, nowadays Ukraine. There, over the course of his life, he assembled an extensive collection of antiquities from the Kievan Rus and the Greek Black Sea colonies.

Part of the Chaudoir’s collection was purchased by the Hermitage Museum during his lifetime; the most valuable items, however, were subsequently taken to England by the Chaudoir’s second wife Lucia after his death.

His particular passion was numismatics and his collection, which included the rarest coins from all over the world, surpassed those of many European museums by the quantity and quality of objects.

Chaudoir also owned a vast library, comprising 30 000 volumes with a large number of titles dedicated to numismatics. A seven-volume catalogue of the library, compiled by Chaudoir himself, was never published and is still preserved in manuscript in Ukraine.

After having published, in the late 1830s, a catalogue of his Russian coins in French and Russian, Chaudoir embarked on making his Asian treasures available to a larger public, and published this richly illustrated catalogue.

Like its predecessor, it made use of both languages: all plates bear captions in French and Russian; however it seems that the descriptive text was only published in French (about 80 pp.), constituting a larger part of the run for Russian and foreign audience. The large majority of public libraries in the West that hold this work have the French version, entitled Recueil de monnaies de la Chine, du Japon, de la Corée, d’Annam, et de Java, au nombre de plus de mille. The remaining part of the plates was bound with a Russian title but no accompanying text, as here.

Of great rarity: WorldCat locates only two copies of this Russian version (in Leipzig and Geneva, in the Bibliothèque d’art et d’archéologie), both similar to this copy, and fewer than ten of the French; to which we could add a Russian example of the atlas alone (like here) in the library of the American Numismatic Society (which also has a full copy of the French). We could not trace any copies at Western auctions in the past fifty years.

The catalogue seems to have been re-issued with a new title page in Russian in 1857. We came across one copy with the same collation as ours but with the imprint “S. Peterburg, 1857” on the title page.