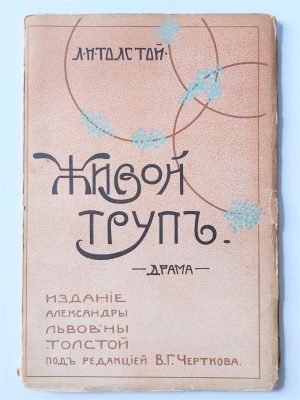 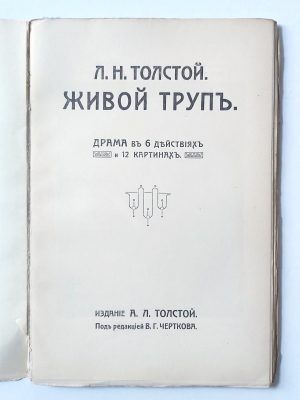 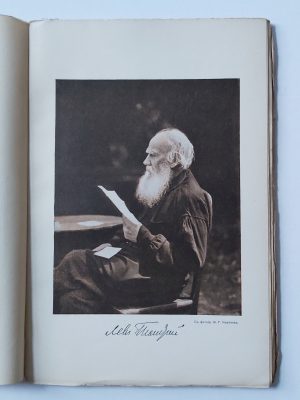 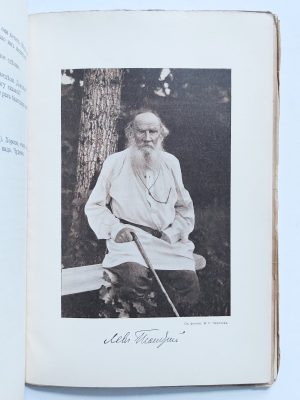 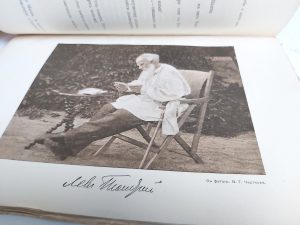 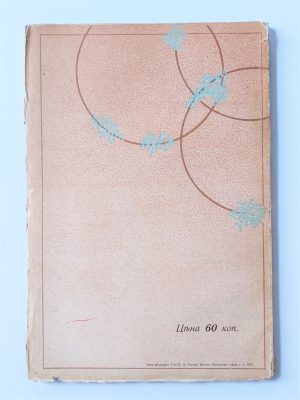 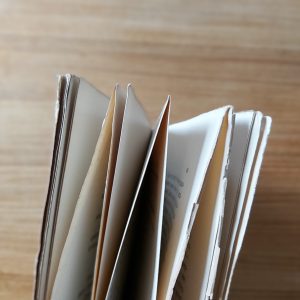 Tolstoy wrote in his diary, “that in A Living Corpse there are notes inspired by Chekhov’s work. Such is the secret of artistic creativeness”. Read More

First separate edition of Tolstoy’s answer to Chekhov – a very good example of this large-format edition, unopened in the charming art-nouveau wrappers and illustrated with plates celebrating the author: three portraits and a view of his tomb in the woods. Edited by Vladimir Chertkov, Tolstoy’s literary executor, author of the preface and a major figure in Tolstoy’s late publishing history.

According to Tolstoy’s daughter Alexandra, the impetus for the birth of the play was Tolstoy’s response to Chekhov’s Uncle Vanya at the Moscow Art Theatre in 1900. Noting that it ‘lacked action’, Tolstoy was “suddenly seized with the desire to write a play which had been in his mind since the middle of the nineties. He immediately made an outline, based on a [true] story. … It concerned a decent, upright woman married to a weak man, a drunkard. Abandoned by him, and in love with another man, the woman persuaded her husband, when he reappeared, to pretend suicide in order that she might remarry. When the fraud was discovered, she was charged with bigamy and was only at the last minute saved from life exile in Siberia. “It seems to me,” Tolstoy wrote in his diary, “that in A Living Corpse there are notes inspired by Chekhov’s work. Such is the secret of artistic creativeness” (Tolstoy: a life of my father, 1953, pp. 403-4).

Zhivoi trup was first published in the periodical Russkoe Slovo in 1911, the year it was first staged, posthumously, at the Moscow Arts Theatre. A smaller, 8vo version was also published at that time, by Petrov, possibly for the actors.

“A staple of the Russian repertoire” (Terras).

Avenir Nizoff (émigré, pianist, who lived in Edmonton, Canada, in the second half of the 20th century, and gathered a very large library of Russian works of all kinds).

Uncut and unopened in the original publisher’s coloured and printed wrappers.