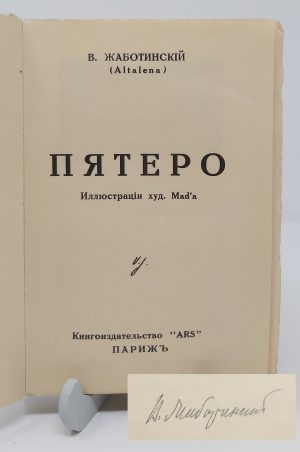 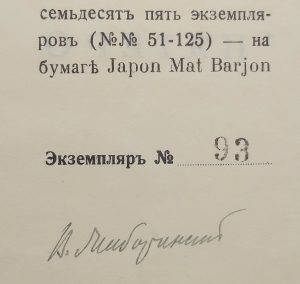 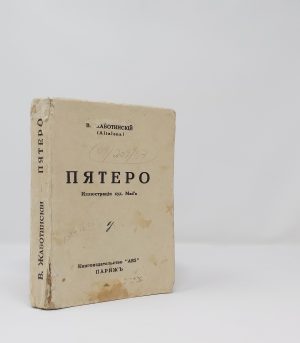 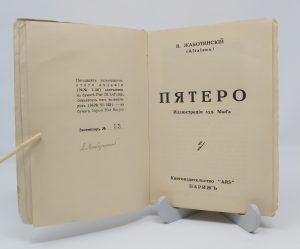 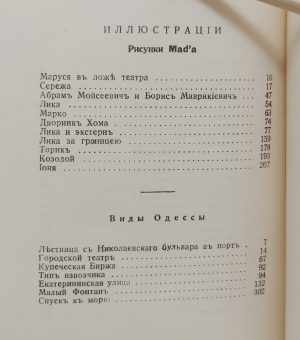 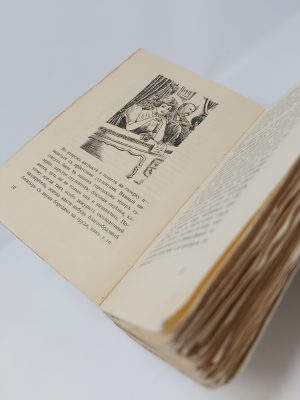 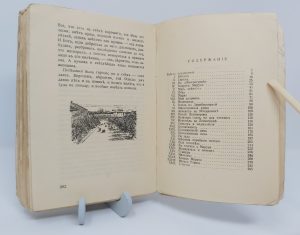 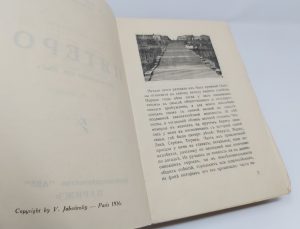 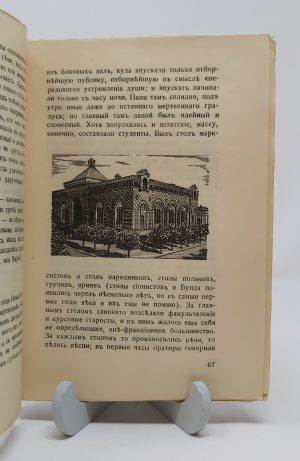 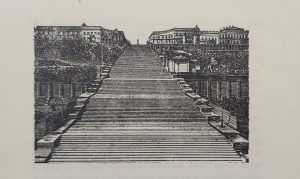 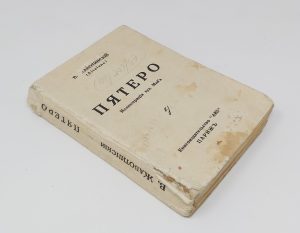 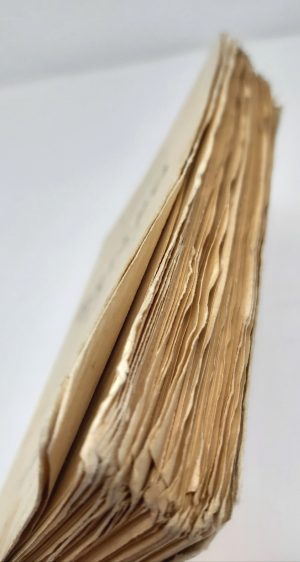 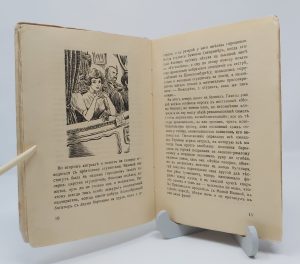 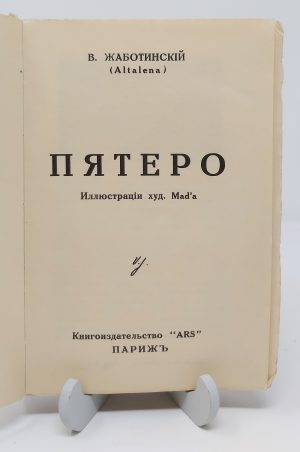 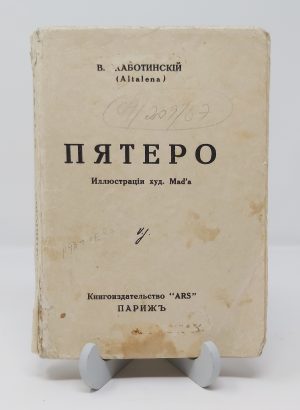 First edition of this celebrated Odessa novel, written and signed by the Zionist leader Ze’ev Jabotinsky, and illustrated with 18 charming vignettes of Odessa and of characters from the story.

Rare: one of 75 copies on Japon Mat Barjon paper, signed by the author in Cyrillic – out of a total small printrun of 125 copies (the other 50 being on Pur Fil Lafuma paper; this is copy #93). Although present in many institutional holdings, the book rare appears on the market. We are aware of only another example in the last decade, and could trace only one copy at auction (not numbered nor signed).

Jabotinsky (1880-1940) was born Vladimir Zhabotinskii into an assimilated Jewish family in Odessa, in nowadays Ukraine. In the early 1900s, he joined the Zionist movement, and went on to become one of its most influential leaders. He is also acclaimed as the founder of the Jewish Self-Defence Organisation, which he established in Odessa in the early 1900s in order to defend Jews against then widespread anti-Semitic pogroms. Throughout his life, he remained a strong advocate of militant action.

Jabontinsky fought in the newly-formed Jewish Legion during the First World War, and after demobilisation moved to Palestine, where he repeatedly came into conflict with the British authorities. After leaving the country to travel to South Africa in 1930, he was blocked from returning, and as a result he spent much of his last decade in Europe.

In the 1920s, Jabotinsky edited the Jewish weekly Rassvet (Dawn). Over the following years, he also published poetry and two novels, the latter under the pseudonym ‘Altalena’, meaning ‘swing’ in Italian and ‘old Italian’ in Yiddish.

Piatero is considered Jabotinsky’s most successful novel, but it is only in recent years that its literary and historical importance has been fully appreciated, after a scant attention paid on publication.

“A work that probably has the truest claim to being the great Odessa novel… It contains poetic descriptions of early-twentieth-century Odessa, with nostalgia-tinged portraits of its streets and smells, its characters and passions.” (King).